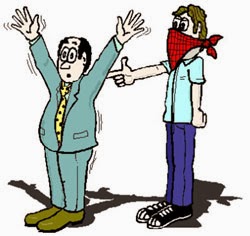 We all know that these days street crimes are becoming as being one of the most common activities of people on the streets. It is simply taken as the gamer to snatch the accessories of the people and get disappear in just few seconds. Each single country or we would say each single corner of Pakistan is affected from the street crimes. It in all cities we have the prominent name of Karachi. Karachi is the city that was known as the city of light but now it is known as the city of crimes. Armed robbery, assault and mugging are some of the main activities that are known out to be the main and important feature of metropolitan life in Pakistan. All the criminals who are involved in the street crimes do arrived in a well armed and well prepared that makes them feel with the power that they are all set for making crimes. They know the fact that victims have great fear from the weapons.

Why Street Crimes Are Getting So Common?

There are many questions that come in the mind related with the street crimes in Pakistan. Why such crimes are getting so increased each single day? Who is providing them with the weapons? Why just only small and medium size businesses and houses become the target of these crimes? Some of the researches have conducted that there is great rate of crimes that is just being done by the young and poor just because of the poverty in their neighborhood. They are lacking the basic necessities of life that force them to involve them in the bad activities.

One of the main reasons for targeting the small and medium size businesses is that they are lacking in the best security measures. They don’t have the services of close circuit camera system, armed guards or alarm system. Some of the people who undertake with the street or road crimes they attack the people for mugging and mobile phone snatching. People snatch the mobile phones, credit cards and other valuables.

Well we can just say that poverty and less job opportunities are some of the main reasons that are giving high rise to the street crimes in Pakistan. Its best solution is that the Government should take some adequate measures so that immediate control can be put on the street crimes. What do you think?