Right away in this article you will get to know in detail about the village life in Pakistan. Village life is all about the traditional rural life of the people of Pakistan. All the people who are living in rural areas they mainly live in the houses that are made of bricks, clay or mud. In their houses there are almost two or three rooms. All the families live together in joint way because the people of villages cannot afford more than one houses. In Gongrani, Baluchistan people live in homes that are built within cliff-side caves that are all connected by walkways. People who live in rural areas are involved in the profession of blacksmiths, hairdressers and tailorers, shepherds.

Introduction of Rural Life in Pakistan:

As the modern technology has been arriving there are many new and sudden changes that are being captured in the village life. Many modern technologies are arriving in the villages that are related with the pumps and tube wells for irrigation. Some of the people are not aware from the fact that socioeconomic status in the middle of rural Pakistani villagers is all found to be based upon the ownership of agricultural land. This is helpful in providing the social prestige in village cultures. Most of the rural Pakistani inhabitant’s livelihoods is based on the rearing of livestock just like cattle and goats. 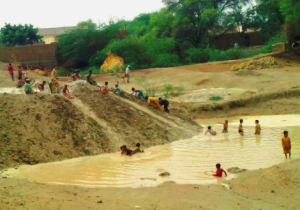 There is no doubt about the fact that Pakistan is the land of villages. Major portion of the Pakistan is based on the villages as the agriculture is the main occupation of the Pakistani people. There are almost more than one lakh villages in Pakistan. Villages are said to be the real image for reflecting the culture of Pakistan. Government is even trying special efforts to boost up the standards of Pakistan villages and villagers. But one of the biggest problems is that Pakistani village’s people are dealing with various problems adding with lack of education and improper sanitation. As you will going to move in the villages you will going to find greenery, vegetation and crops everywhere. As the rainy season starts the people of villages start facing some sanitary conditions that bring great disturbance in their overall life.