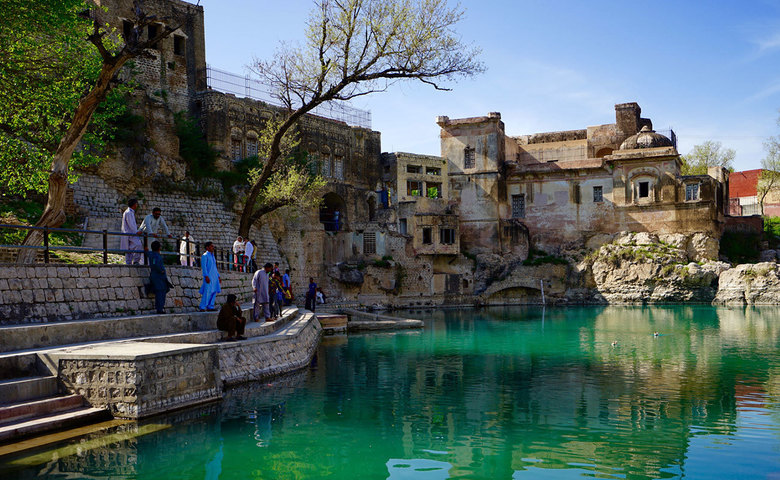 Do you know where is Katas Raj temple? What this place is all about? Katas Raj is one of the well known places that is located in Pakistan. Let’s talk about this place in detail review in this piece of article! This place is located in the place of Chakwal in Punjab province of Pakistan that was established at the time of the era of the Hindu Kings. This place has been dating from about 615-950 CE and are dedicated to Lord Shiva. It would not be wrong to say that this place has been holding one of the most vital Hindu pilgrimage sites in Pakistan and are still used by so many members of the Hindu community both in the country and traveling from abroad.

About Mythology of Katas Raj Temple:

It has been historically investigated that this site was visited by the Pandawa brothers of “Mahabharta” fame. This region was known by the name of Dvaitavana. Hence the location of the Sath Ghara or Seven Temples is identified out to be the place as where the Pandawas made their home during the course of their 12 year exile. As you would view the whole temple structure, you would probably be finding the echoes of the architectural style of the Kashmiri temples of the Karkota and Varma dynasties who ruled from 625-939 CE. The temple has been overall defined with the certain form of the features where you would probably be finding the dentiles, trefoil arches, as well as fluted pillars and pointed roofs which is highlighted in almost all the hooks and corner areas of the temple. These features are being categorized into all along the Salt Range foothills. The main building material is quite alot soft sand stone which is plastered all over the temple structure.

So this was the end of the information related with the Katas Raj Temple and how this place has turned out to be the religious locations in Pakistan. No doubt that this is the only place in Pakistan that is being jointly used by both Indian and Muslim community people in Pakistan.