Every Pakistani citizen should know about National Defense Day and here we are sharing the Defense Day History Of Pakistan In Urdu. Here I have written the 6 September 1965 National Defense Day History in Urdu. It will make you feel like you are watching a slide show. 6 September is a very significant day of our armor history. This day commemorates the unity of the Pakistan Army and the general public for the defense of Pakistan. On this day the brave Pakistani citizens as well as the armed forces present the harmony and snatch the independence from Indian armed forces. India attacked Pakistan but how Pakistan repels and answers them is really an up-to-the-mark work. It becomes an illustration of bravery and unity for the upcoming generations. The Indian army planned to do breakfast in Lahore’s gymkhana. Yes of course!  But we make defense it and make the Indian army turn back their steps even it becomes tough for them to hoard their lives. Keep on reading this post to get further details about Defense Day History.

Actually, 6th September has inaugural equity in our national history. When we turn back the pages of this historical chore we see that how Indians show off their coward, deceiving, and reckless intentions towards Pakistan. The main agenda of Indians was just to keep Kashmir under their charge. But the Pakistani Government failed their plan to charge over India and that’s why they get ready to attack Pakistan.

So, on the morning of 6th September, it was the time of Namaz- e-Fajar and Muslims were awaking to offer their prayers. Suddenly breaking news on TV and radio releases that the Indian army has attacked Pakistan and war has begun. In those places where the TV and Radio were not available the Mosque’s speakers were loudly announcing to stay home and off the lights keep in rooms as well as much other war-related precautions were telling to people so that they can save their lives. 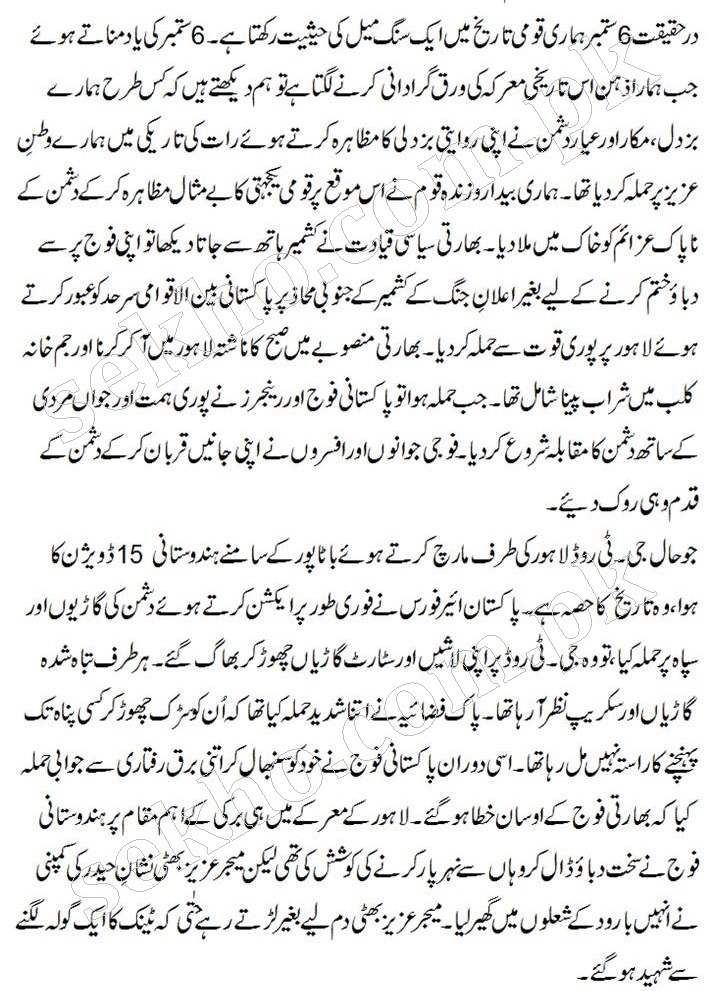 On the other side, the Pakistani Army gets erected in neon seconds and brave Pakistani nationals also stood up to fight against the Indians with full of zeal and zest. Under the instruction of the Army, the Pakistani nationals were performing their role in a very impressive way. In these circumstances, the Pakistan Air Force performed a very notable role. One battalion of the Indian army named as 15 Division was rapidly step forwarding in Lahore. But how PAF started showering the bullets and rocket launchers on these battalions make Indians shocked and confused. 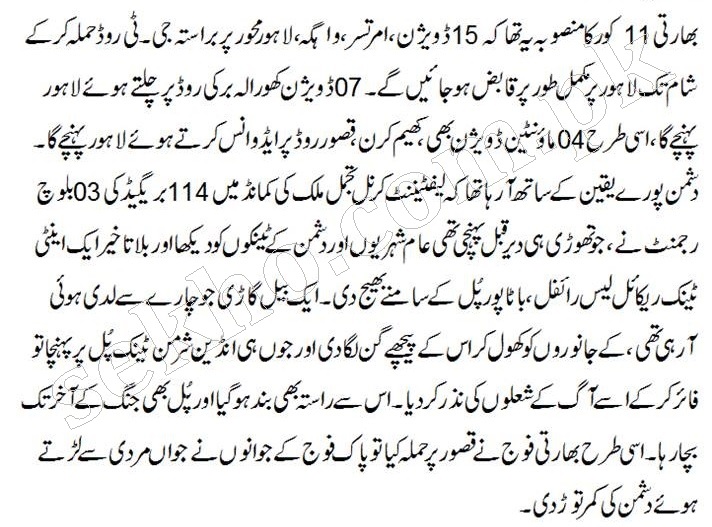 Major Raja Aziz Bhatti (Muhafiz e Lahore) played a very brave task at this juncture. Aziz Bhati surrounded the Indian 11 corps at the point Bambawali-Ravi-Bedian Canal (BRB Canal) Jallo Lahore. Although Major Aziz Bhatti became a martyr during this fight as he steps back to Indian to enter Lahore. He prevented them to rule over Pakistan. As a result, the ceasefire orders were issued, and Indians turned back to their home with a heavy defeat by Pakistan. Pakistan won this war and this day become the Pakistan defense day 6 September 1965. 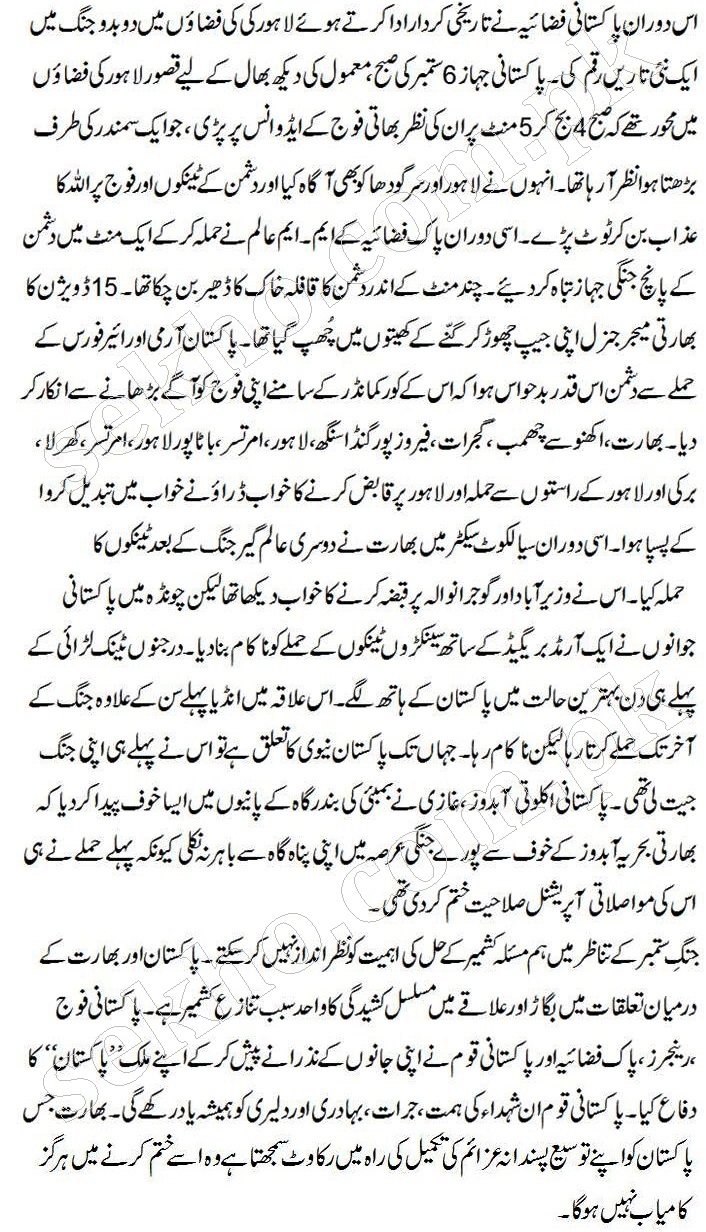 This is a public holiday and people use to go to borders to commemorate their success against Indians. We should love and be fair with your motherland. Keep in mind this Defense Day History Of Pakistan In Urdu. Every year, this day is celebrated with great zeal and zest. Different events are held to show our strength.