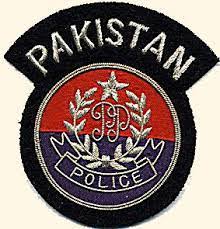 Those who are looking for the Pakistan Police Ranks 2022 for ASI, SHO, or sub-inspector can also check this page as well. Complete details of police departments like traffic police, Pakistan Rangers, counter-terrorism department, highway police, frontline crops, elite force, etc.

It is compulsory to have knowledge of the Pakistan Police Ranks. You can also check their salaries as their salaries are changed according to the ranks that are given to them by the government. Governments provide many benefits to their employees, including a salary, health care, education, and housing, among other things. Following retirement, the government provides a substantial sum of money as a pension. Their facilities are not ended because, after retirement, they also get a handsome amount as a retirement salery. So, check out this website for Pakistan Police Ranks and Salaries 2022.

We are sharing Pakistan Police Ranks And Salaries 2022. You must keep in mind that these salaries are estimated and not confirmed at all. The exact salary will be available to you from your police department. Check the complete list, which is as follows.

These are the Pakistan Police Ranks 2022 and Pakistan Police Salaries 2022 written on this page. These salaries are based on estimations and have not been confirmed by any official police officer. Salary is determined by the number of new and experienced police officers, as well as the allowances paid by the province. These salaries increase every year, and the basic salaries of the police are also listed here.