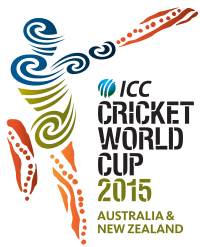 We are sharing Cricket World Cup 2015 Live Broadcasting TV Channels In Pakistan details through this page. If you want to watch Live Cricket world Cup 2015 all matches then you must have information which TV channels is giving live broadcasting. Here we want to mention through this website you can get all website live score card with expert prediction so do not miss this opportunity that is giving by our sports teams. Cricket World Cup 2015 will start on 14th of February and this world cup will ended on 29th of March 2015. In this Cricket World cup total 49 Matches will be play between different countries cricket teams. According to ICC 2014 Cricket world cup will be hosted by Australia and New Zealand and total 14 venues places is decided. In Australia 26 matches will play on different grounds and other 23 matches will be play on new Zealand different grounds. Cricket World Cup 2015 hosting is based on bedding system that is open under the supervision of ICC. In 2015 world cup one day international matches is using and total 14 country teams will participated in this world cup. If you want to know which team have positional for match winning situation then this is very tough question but according to world top cricket expert Australia and India country cricket team have great team squad so both team will give tough competition.

Watch Match in other country through below channels list:

after Cricket World Cup 2015 Live Broadcasting TV Channels In Pakistan we want to mention last 2011 world cup was won by Indian cricket team and that time last match was played between with Sri Lanka and Indian.