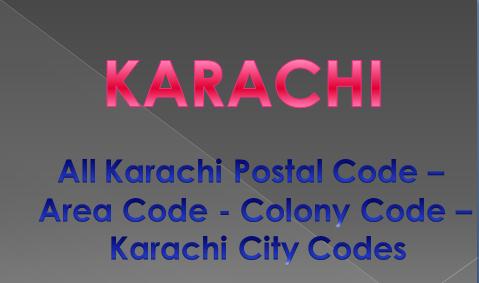 Karachi Zip Postal Code List is available here on our site. A postal code known in various countries as a post code, postcode, or ZIP code in USA, is a series of letters or digits appended to a postal address for the purpose of sorting mail. Once postal codes were introduced, other applications became possible. it the best way to sorting mails. without postal code we can not sort a mail.Every city has his own postal code and every country also. In every country the different cities also have their own postal code just like in Pakistan the different cities have different postal codes and the there are many famous places in the city like airport and every area has his own postal code. The History of the Postal code is very interesting at all. The development of postal codes reflects the natural evolution in which postal delivery grew more complicated as populations grew and the built environment became more complex.