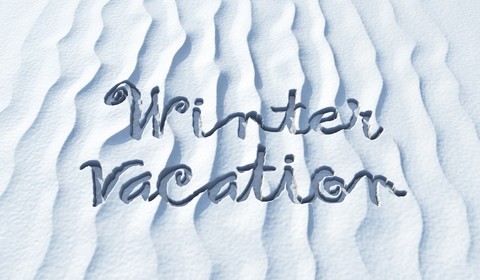 Here is somehow pleasing news for students about winter Vacations / Holidays 2023 in Pakistan. Yes of course! Due to the rising graph of cold with the mixture of harmful fog and smog, the government of Pakistan, ministry of education has recently decided to declare winter holidays someday before the previous year.  It is because the KPK, GB, and FATA are the coolest places than other provinces so the session holidays will start from here. After that, the educational institutes in Punjab and Sindh will remain closed. You can see the latest news about Winter Vacations / Holidays 2023 In Pakistan, Punjab, Sindh, KPK, Balochistan, and Fata from the below side of this passage.

The students are waiting for winter holidays so here we shared detail about Winter Vacations / Holidays 2023 In Pakistan. If you are enrolled in any private, government, or semi-government school, college, or university then you are going to spend an official holiday session. There are five provinces in Pakistan including Punjab, KPK, Sindh, Balochistan, and GB/ FATA. In each province, the weather changes so that is why the holiday schedule is also variable in each province according to the current situation of weather at that point.

The below-given schedule for Winter Vacations / Holidays 2023 In Pakistan is revised by the previous year. But mostly it depends upon the condition of the weather which is a natural phenomenon. Generally, winter holidays in Pakistan provinces are announced in the month of December to January. So let’s see what will be the latest news about winter vacations in Pakistan will be.

According to the Punjab education department, it is been hearing that the In Punjab winter holidays in 2023 will remain to continue for a week. The date scheduled for the Punjab winter holidays will be as per the following schedule. The following schedule will be applied for the city of Winter vacations in Lahore, Faisalabad, Sahiwal, Multan, Gujranwala, Sargodha, DG Khan, Bahawalpur, and Rawalpindi.

The Sindh education department has also announced the winter holidays 2023 in Sindh. This schedule will be applied to the schools, universities, and colleges in Karachi, Sukkur, Hyderabad, Larkana, and Agha Khan. The schedule for the Sindh Winter Vacations / Holidays 2023 In Pakistan is as under…

Khyber Pakhtunkhwa (KPK) students are also going on holiday to celebrate the cold winter. The education department will give a release to all the public, private secondary, and higher secondary schools, colleges, and universities for session winter holidays. Students from Peshawar, Kohat, Swat, Malakand, Abbottabad, Bannu, Mardan, and Dera Ismail Khan can check the results.

In Quetta, AJK, and Balochistan including tribal areas of Pakistan the winter vacations will be longer than in other provinces. The education department generally announces the winter holidays of 2023 in these provinces from the mid of December to the end of the year.

Note: the education department and the government of Pakistan have not yet announced the schedule for Winter Vacations / Holidays 2023 In Pakistan. This above schedule is revised and estimated from the previous year. As soon as the winter vacation/holidays 2023 in Pakistan, Punjab, Sindh, KPK, Balochistan, and GB/ FATA are announced will be uploaded here.