This writing is about CSS which starts with an Introduction To CSS Exam In Pakistan. In Pakistan the scope of Central Superior Services (CSS) is increasing day by day and that has inculcated the interest amongst the students and that is one major reason that every year thousands of students appear in the CSS examination. The attraction to be the part of the governing body and to be authoritative is one major reason that has influenced the students to get involved in this examination. 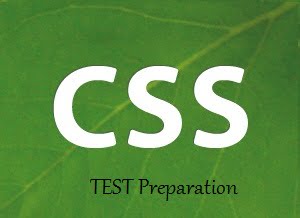 CSS exams are the path which will lead the successful candidates to be influential leaders, bureaucrats and political representatives. So these civil services were being once recruited through references and unofficial means but through the constitution of 1973 under the Article 240 now the government has formed a very systematic and formal procedure in which the candidates for the civil service are being qualified and selected by conducting a test which is known as the CSS examination.

The test and its standards are being varied as per the selection of the courses by the candidate as if he or she will opt for the sensitive and critical subjects then the exam will be complimenting to it. Students to get good score in the CSS examination are highly favoring to join the educational institutions which are offering the training classes for the CSS exam where they are being provided with the sample papers and techniques to solve the paper so that the candidate can have the overview of the exam and can solve the paper in the appropriate manner. To be a part of such renowned and well-reputed institutions’ students do travel from Sindh, Baluchistan and Khyber Pakhtunkhwa to study in such modernized and equipped educational institutions.

Every individual has only three attempts in which they are provided with the chance to clear the CSS exam and once these three chances are being gone begging than the respective candidate will not be able to appear in the exam for the fourth time, so it has to be cleared in the three opportunities which are provided. The eligibility criterion of the CSS examination is that the candidate must be graduated from any of the recognized universities of Pakistan.

There is also the age limit set in which the three chances are to be availed, as per the requirement and the eligibility criteria of the CSS examination the age limit is being set in between 22 years till 30 years, as over age and under age candidates are not considered eligible for the CSS examination in Pakistan. Before I conclude this topic I would like to share a tip about How to Pass CSS Exam In Pakistan. This review is written for the purpose for giving an overview about CSS Exam in Pakistan. For Further Research we will come up with more writing about the same theme.

What Is CSS Exam in Pakistan In Urdu