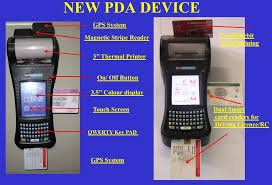 Here you can get great news the Punjab Traffic Police e Challan System launched as soon as possible. The I.G traffic police Punjab announced the new system will introduce and through this system strictly action for those people who violation the traffic rules. System named PDA device means Principal digital Assistant that system based in a digital device that have the Android application through this device collect the all data for those people who have the driving License Card in this system the traffic police have access to check the track record of the driver. If one person violet the traffic rule than that person all driving track record show in the device and the police officer check who many time they attempt violation.