MCB mobile wallet banking services all details are available on this page so keep in touch with this page after the reading you can able to understand all feature of this series. lot of website give data about Mobile Wallet but  no one summarize all this service that the reason many people still confused regarding MCB mobile wallet services. Here we try to deliver all information in easy way that will easily understandable for you.

History of Mobile Wallet by MCB:

Mobile wallets have existed for many years before appeared in the US.  what may not be evident  is that the original concept of a mobile wallet has it’s origins in emerging markets where they use a vastly different architecture to those in the current Wallet wars debate. 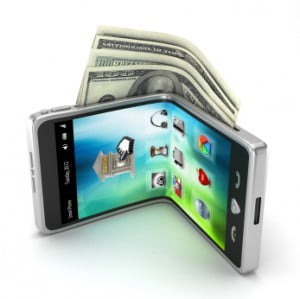 MCB launches the world’s first socially connected Mobile Wallet. In Lahore 1st  January 2014 the new year start with a bang as MCB launches the world’s 1st socially connected mobile Wallet backed by the powerful technology giant- VISA. In their marketing campaign they pose the public a thought provoking question “are you getting the most out of your smart phone?” As it turns out, even though our phones are our most prized possessions, yet we fail to utilize them to their true and maximum potential. What MCB promises with this breakthrough innovation are to equip you to extract the most value out of the investment you have already made in your smart phone.

The Mobile Wallet, simply put, is just like your real world wallet except that it’s intangible and in the “cloud.” It goes everywhere with you, yet you don’t have to carry it. You can load money in it digitally through your existing bank account and link it to your existing telecom provider and smart phone without any need for switching your phone/bank/telecom operator. Once the money is in, you can make payments free of charge, buy top-ups, pay bills, shop online, enjoy discounts and much more from anywhere in the world through a combination of the mobile wallet and Visa Card!

Not only this but you can also invite your friends, family and business partners to join-in by logging in and evoking the ‘pass-it-on’ function within the service. Sending invites through the wallet is as easy as sending a friends request on Facebook or any other social media. “The Bank believes that the greatest benefits are derived from MCB Life if it is established & practiced in social groups. It’s similar to operating and owning an email account or a fax machine. There is no point in having one if you are the only one with the machine or an email account as there will be no one to send or receive faxes or emails to. In other words, the more acquaintances you have on MCB Lite the greater the benefit in terms of time saved and money saved through just-in-time, free person-to-person mobile initiated payments” Says Ali Kazmi Group Head, Retail at MCB Bank