3d cinemas in Pakistan lahore, Karachi details are available on this fast growing technology website. we also  brodily discuss 3D film history around the world. A 3D films have existed in some form since 1915 but had been largely relegated to niche in he motion piture industry because of the costly hardware and processes requires to produce and display a 3D film. Steroscopic motion picture can be produced through a varity of different method. Over the last years the popularity of systems being widely emoployed in movie theaters has waxed and waned. In 21st century polarization 3D systems have continued to dominate the scene, though during the 1960s and 1970s some classic films were converted to anaglyph for theaters not equipped for polarization and were even shown in 3D on television. some views have complained of headaches and eyes after watching 3D films. Motion Sickness in addition to other health concerns are more easily induced by 3D presentations. it has recently been discovered that each of the rods and cones in animal eues can measure the distance to the point on the object that is in focus at the particular rod or cone. 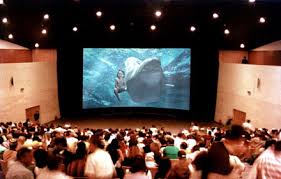 these days 3D cinema famous in Pakistan so in following details we give list of  3D cinema in Lahore or Karachi.