Importance of Female Education in Pakistan is expressed in detail along with History of this education in Pakistan. In a society like Pakistan females have significant strength due to their ratio in the total population of the country. As per the consensus of the year 2012 it is being recorded that females comprised of 49.19% of the total population which is considered to be massive. Ignoring this population ratio factor still being the Islamic state and a modern country Pakistan should give equal opportunities for the females as far as education is considered so that they can play their vital role in the development and improvement of the state’s economy.

Unfortunately this is opposite to it in Pakistan where such a massive population is being unfairly treated and is not given the equal opportunity in the field of education. Pakistan is a state in which there are various layers of society and the mentality of the people so it is unfair to generalize the nature of the people and the status of female education in Pakistan. If we consider the modern cities of Pakistan which includes Karachi, Lahore and Islamabad; the children here are given equal opportunities in the area of education. 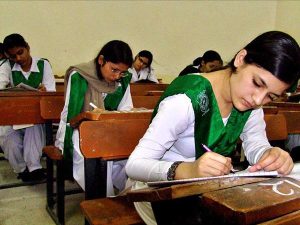 Both females and males are invigorated to acquire education not only at the basic level which is known as the primary education but are also motivated and encouraged to attain higher levels of education in their respective fields of interest, due to this liberty and free environment for females in the developed and modernized cities of Pakistan has contributed to increase the literacy rate for women; as the literacy rate of females in such cities is as high as 74.79%.

But if we move into the tribal areas of the country the situation is worse as far as the female education is concerned because here the females are not even given the right to breathe on their own so how they could be given to study and to get them educated on their own. Females are not just restricted to stay at home but at the same time are being forced and pressurized both mentally and physically. Due to this reason the literacy rate of females in such various tribal areas of Pakistan is just as low as 7.2% of the total female population.

The main reason behind this unfair treatment with the females in such areas is just due to the conservative thinking of such extremist people who consider their females going to educational institution and acquiring knowledge and education is un-Islamic and are against the rules and regulations of Islam. This thinking must be reviewed so that the errors should be eliminated and the females which are kept away from the education should be given equal rights so that they can make them educated and should later contribute to the empowerment of the national economy.

5 thoughts on “Female Education in Pakistan”