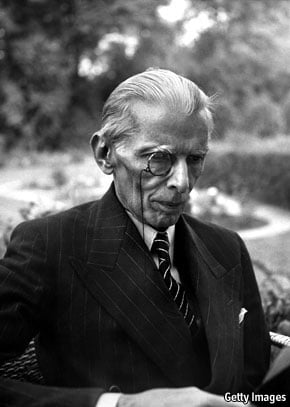 Essay upon Democracy In Pakistan discussed here along with future and past of Pakistan’s democracy. Pakistan is a country whose foundations were being made on the basis of democracy and equality. In 1947 when Pakistan got the independence the first democratic government was being established. Quaid-e-Azam Mohammad Ali Jinnah has the vision that the country should be ruled by the people and for that purpose general public representative was being required rather than an autocratic administrator. This was a very pleasant dream but unfortunately and due to the unstable situation of the country; democracy was being dented various times by the generals of Pakistani Army, this was being done by imposing Martial law and bringing the end to the democratic governance.

Pakistan is one of those countries in which the largest numbers of martial laws were being imposed and this is significant example which shows that how frequently Pakistan has gone through the military rule. General Ayub Khan was the first Army General who imposed the Martial Law in Pakistan and it was in October 1958, when Sikander Mirza was being overruled by the army and first dictatorship was being implemented in the country. Although people were not very much satisfied by the army rule but still they played the vital role in maintaining the law and order situation of the country.

Second Martial Law was being imposed by General Zia-ul-Haq which again dented the democracy of the state and this time the conditions were even worse when the army General hanged one of the greatest leaders and one of the most renowned democratic leaders of the world; Zulfiqar Ali Bhutto. The third and the final Martial Law which was being imposed in the country so far was in May 1998 when General Pervez Musharaf took over and threw down the government of Sharif Brothers which later resulted in their exile. This was the time period when Pakistan took the flight of success and economic development, no doubt this tenure of dictatorship proved to be very much healthy and productive for the nation as the law and order situation was being improved comprehensively.

In 2008 when Benazir Bhutto returned to the country was being martyred in a terrorist activities which gave the victory to the Pakistan People’s Party in the general elections of 2008 and this democratic government completed its tenure of 5 years recently. This is the first time which is being seen in the history of Pakistan that the democratic government has completed its allocated tenure. Democracy is very much essential for the country and hopefully in Pakistan democracy will prevail in the upcoming elections.

6 thoughts on “Democracy In Pakistan Essay”