Free WiFi Internet In KPK Universities: this is the latest update by the KPK province that KPK Govt. is taking action for the students of all the universities and giving them free wifi to stay connected to the word of internet during the university. All the details about this announcement that we have so far are being delivered to you to avail this facility. This is a great step of KPK Govt. to improve the standard of the students by maximizing the facilities for them because we all know that students are the future of our nation and the country. This is the reason that Govt. of province of KPK took this step to promote the internet usage in the studies. IT minister of KPK Shahram Khan has decided to give free wifi to the students of universities of KPK and this announcement is made recently. According to this announcement all the students will use Free WiFi Internet In KPK Universities in all the campuses of all the universities. This will help the students to stay connected to the world through internet. 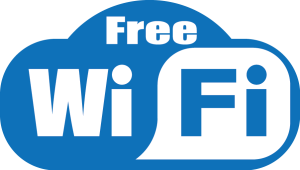 This facility will help the students very much to make their presentations assignments, and even to search for material to study online globally. This is the best way to promote literacy and also to make the study interesting by Free Wifi Internet In Kpk Universities. This is a great step of the Govt of KPK and also the Information Technology ministry of KPK. this is an appreciable step of the Govt. of KPK to promote education and literacy rate in KPK by giving Free WiFi Internet In KPK Universities for all the students equally.

Abdullah Liaqat - December 5, 2022 7
If you want to get Mobilink Mobitunes Codes List 2023 New Indian Songs then yes you are in right place because through this page...