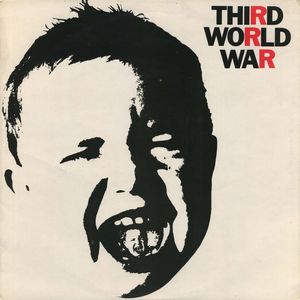 The third world war is considered to be the biggest threat to mankind today, because everyone is very much aware regarding the horrifying and horrendous outcomes and consequences that would prevails once the third world war takes place. History have highlighted that how the previous world wars have been brutal and deadly and what were the consequences of those wars, and from that one can imagine what consequences would be observed in the third world war, when there will be deadly weapons and ammunitions used including the nuclear weapons which are being acquired by many of the countries today.

The Possibility And Consequences Of Third World War Essay

This has laid the foundation that if the third world war takes place in the world there is no possible reason that it will not be a nuclear war because nuclear weapons is being made to be utilized in the third mega war in the world.

If the third world war takes place it could bring the biggest harm to the mankind and the living nature of the world because once the nuclear attacks are being made this will bring immense harm to the living things not only human beings but even the nature, plants, animals, birds and marine life.

The world war three will not take place as all the countries of the world gets in to the state of war, but it will be started in between two countries this means those two countries can be any two of the world but soon with the passage of time it will drag the entire powers of the world. Today in the modern world the expected attack of United States of America on Syria is considered to be the initiative for the third world war because it has already dragged countries like Iran, United Kingdom, Palestine, France, Russia, China and Saudi Arabia in the war backgrounds and many of these countries are nuclear powers so anyone of them feeling the threat on them can launch the mist deadly weapon on their targets which will start the nuclear war. No one can even dream that nuclear war can be so much deadly and brutal for the mankind, humanity and the nature of the world.