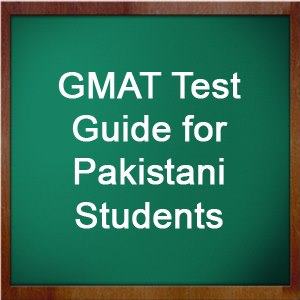 Introduction to the Graduate Management Admission Test (GMAT) is much wider as already discussed here on this page as well as in all writing. The organization which is known as the Graduate Management Admission Council in collaboration with nine well reputed business schools of the world created a unified entrance test for the management student’s in 1953. The main aim behind this was to give equal opportunity to all the respondents and for that purpose the test was being named as GMAT (Graduate Management Assessment Test) and is being followed now by almost 1500 business schools and for about 5400 programs all over the world.

Introduction To The GMAT Test

GMAT became very much popular in Pakistan and was being highly appreciated. The paper pattern was very much competitive and in 2012 the pattern was being modified and few inclusions were being made. The section of Integrated Reasoning is being added in to the context of the test which has increased the analytical part of the exam.The sections of the test are comprised of four parts. The very first part is of Essay Writing in which the students are being prescribed to write essays on the given topics. Through this test the writing skills of the individual are being tested as well as their control on language and usage of vocabulary. The candidate has to write two essays and the time which will be allocated to him.

The second part is of Math which comprises of General math and problem solving. As calculator is not allowed so these challenges the main concept and the basics of the mathematical solutions for the candidate. This section will comprise of 37 Multiple Choice Questions and the total time for this section is being calculated at 75 minutes. In the next section there will be the verbal questions in which there will be 41 questions which are to be answered in the given 75 minutes. The questions include sentence correction, reading comprehension and critical reasoning. The last section is of the integrated reasoning.

The score of the candidate will be mentioned separately as each section will be marked separately and no negative marking will be conducted. The other main element of the marking the GMAT exam is that they follow the rule of percentile in displaying the results which becomes beneficial for the students in the class if the exam is more tough and difficult still the students can make themselves fit into a good percentile range.

1 thought on “Introduction To The GMAT Test In Pakistan”