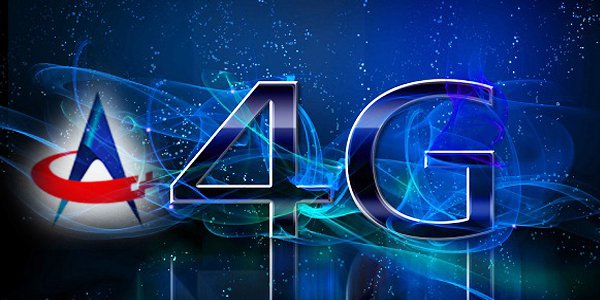 Warid is going to release its 4G LTE services. The information about its packages and activation is not yet given by the Warid. But as soon as the service will be launched details about its packages, prices and activation will be uploaded here. Warid telecom was launched in Pakistan in May 2005 as an organization. Warid is successfully running its 3G network in Pakistan. Warid is working hard to upgrade its system for the launch of 4G LTE service which will ultimately upgrade your mobile internet speed. Perhaps company has not yet announced any date about the about the launch of 4G LTE service but in a couple of months it is expected that warid will launch it. Warid never let its customers down that’s why it is trying to launch it as soon as possible. It is expected that warid will soon give some pleasant surprise to its customers by announcing its 4G LTE packages. With warid 4G LTE the speed will go 8 times faster than normal 3G available in Pakistan with 150 mbps.

4G LTE services have already been tested and the results that came out were excellent. But warid still need to satisfy Pakistan Telecommunication Authorities about the standard of the service. Once warid get the license it will launch 4G LTE and will announce its packages along with prices and activation details. The demand of the time is just that warid customers should be patient that in a short time they are going to be awarded with an excellent service of warid 4G LTE. 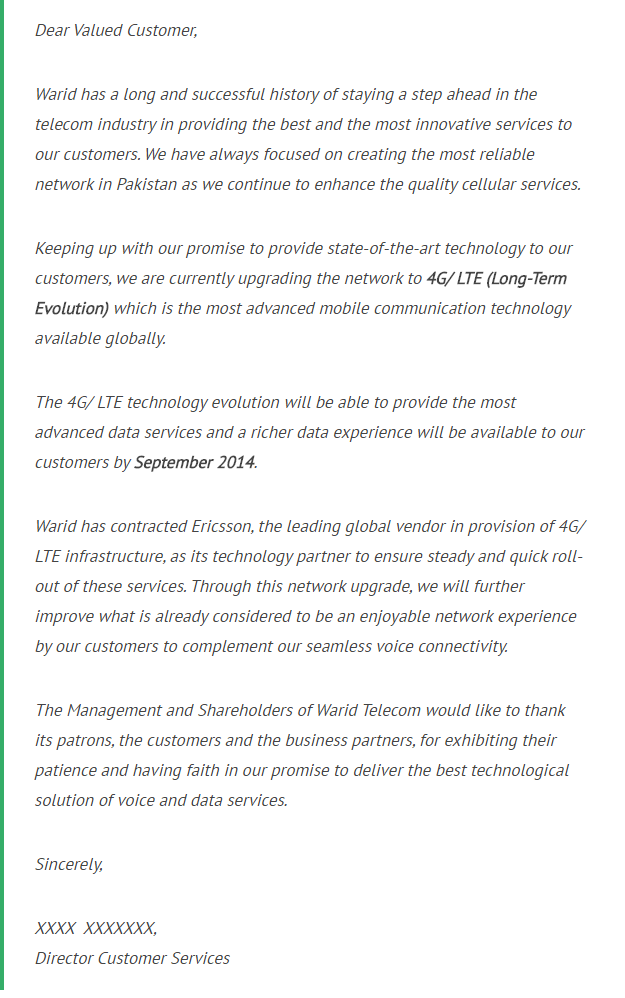 This is a letter from warid to its valued customers.