NADRA Electronic Voting Machine has now introduced in the Pakistan so it is expected that the next election of Pakistan would be on the Electronic Voting Machine. National Database and Registration Authority Nadra chairmen Tariq Malik has prepared this machine for the local bodies election but due to his resignation from the post of Chairmen from the organization management it is not possible to try this machine in the Local bodies election this year.  NADRA dismiss Tariq Malik by saying that his working in not up to the level but the reason behind is something else. The discussion that why he dismiss is another long topic so coming back to the point he gain his post again by the order from the High Court Islamabad and now he is back on his post of Chairmen NADRA. Well now one thing is confirmed that the electronic voting machine is now available in Pakistan which can be used in the next general election. Now the 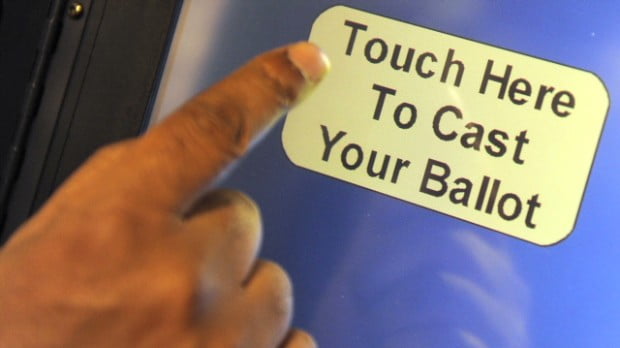 This electronics voting machine has two unit one is a control unit and other a balloting unit. When a voter comes in front of the voting machine then first of all the candidates have to put his or her thumb on the screen. The thumb impression is registered with the NADRA office that confirm the identity of the candidates and then on screen candidate can see all the elected candidates symbols. Now the person has to put his thumb on the symbol whom he or she wants to give vote. after this procedure machine mechanism works and a print comes out from the machine that is called ballot paper. Now you have to put this ballot paper in the ballot box which is close to the machine. This way your record can be save in two ways first a machine and then second is Ballot box.

This electronic voting machine is very useful for free and fair election of any country now as this machine is also introduced in the Pakistan so the next election would be totally genuine as no fake votes can be cast as it happens in all previous election in our country. The two way record saving will be the perfect way for this problem. In this Local Bodies election Nadra is not in a state to try this voting machine but in the next general election you can see that all the election would be cast through this NADRA Electronic voting Machine