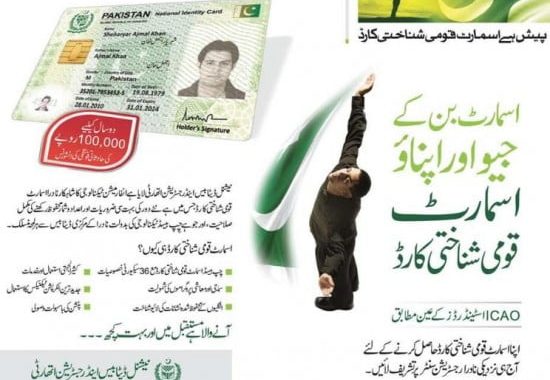 Smart National ID Card Introduce by NADRA In Pakistan. Pakistan is also moving on the road of advancement and it is being proved by the national database system of Pakistan which is NADRA (National Database and Registration Authority) of Pakistan has announced the introduction of the Smart cards which will be considered as the National Identity Cards of the people of Pakistan but this is not a simple ID Card as it will be carrying many other features beside it being a traditional identity card for the people of the country. Mr. Tariq Malik who is the Chairman of the NADRA has announced and unveiled the information about the smart cards.

Here are some well known Small Business Ideas for Students in Pakistan could be starts with small capital.The demand of modern society is that the students should get themselves indulged in any small business so that they should get the practical exposure as well as they should contribute in to the family financially. A student has several aspects and several limitations for the business in which the very basic is very low investment; the other is less experience which makes him or her less risk taker. Here is the guide and few options for such students who are willing to initiate their own business.