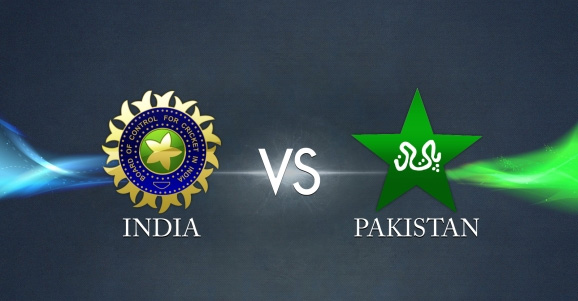 If you want to get the Prediction, Astrology or Preview that who will win in Pakistan Vs India Cricket World Cup 2015 Match then this page will provide you for what you are looking for. This match will be the 4th match of the Teams Pool B and will be live telecast on different TV Channels all around the world Because Pakistan and India are the rivalry competitors of each other. Pakistan Vs Indian Cricket World Cup Match 2015 will be the most intense match of the entire game this year because this is not just about these two teams its about these two countries. Every single person in these two countries will be sitting in front of their TV and watching this match till last ball. According to the ICC officials the match will be schedules on 15th February and will start on 08:30 am Pakistani Time. The venue of the Match will be Adelaide Oval ground Australia.

Team Pakistan will play under the supervision of Captain Misbah Ul Haq and team Indian will be under the captaincy of MS Dhoni. These two captain are also known for their best strategies and also took team far high then previous in the ranking through their expertise.

Viewers and all the cricket lovers of Pakistan and India are already at the craziest level as you may have experience it on the social media and also in the advertisement on the television of these two countries channel. Well India make an advertisement of a boy wants to fire cracker on the winning of Pakistan from India but on each time in match Pakistan Vs India live Pakistan lose and he disappointingly put cracker back in store. The year passes and the same thing is experienced by his son and then in response of this advertisement social media campaign started and you know the next.

Well seeing the previous performance of these two teams the expert astrologers and the retired crickets make some predictions about the Pakistan Vs India ICC Cricket World Cup 2015. India Team is consistently lost all of their matches in the last series which is played against the Australia, New Zealand and also England and yes in the warm up matches the first match is not in the favor of Indian but in the second match of warm up against Bangladesh Indian won from a huge margin. Well on the other side team Pakistan is quite well in their performances of the last matches and it can be seen in the Warm up matches too where both matches are won by Pakistan

According to the prediction it is said that team Pakistan Will win this match but as you all know that this is a cricket game where any prediction could be wrong at any time. With all these let me clear here than the ration of winning matches in the Cricket World Cup history are more on the Indian Side but whatever the result will be one thing is for sure that this Pakistan Vs Indian Live ICC Cricket World Cup 2015 match will be really nail biting.