Today we are going to give you all the information about Lahore Lions CLT20 Matches From the first match to the last match of this tournament. Champions League was started on 13 September, 2014 with the first match between Northern Districts v Southern Express. After that Lahore Lions played their first match with Mumbai Indians and won this match by 6 wickets, Mumbai Indians bat first and gave the target of 135 runs in 20 overs. Pakistan achieved that target with ease in only 18.4 overs with the loss of only 4 wickets. That was the big victory of the Lahore Lions which encouraged them to step forward. Lahore Lions played 3 matches till yet and won 2 of them but unfortunately lose one match by Northern District.The recent match of Lahore Lions was played with Southern Express and Lahore Lions won by 55 runs, it was the huge victory for them which leads them to get final qualifier, all the credit of that match goes to Muahhammad Hafeez who is the captain of the team, he did 67 runs on 40 balls with huge sixes and fours. See Next We have given you Lahore Lions clt20 matches schedule 2014 timing, Results Ranking under here: 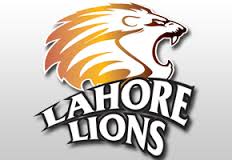 Lahore Lions are a Pakistani Franchise cricket team which is representing the city Lahore, it is one of the 19th Domestic team. The squad of this team is very amazing and young, while the current captain of this team is Muhammad Hafeez who actually belong to the Pakistan International Cricket Team. Lahore Lions was established by Lahore Regional Cricket Association in the year of 2004, 2005 in its home ground Lahore City Cricket Association Ground. Domestically Lahore Lions wins the Faysal Bank t20 Cup 2014.

Journey of Lahore Lions to CLT20:

Lahore Lions are very successful t20 team in the history of Lahore and the second most successful in Pakistan after the Sialkot Stallions.For very first time in 2013-2014 season it has qualified for the Champions League t20 and showing a great performance at all. It has played total three matches and now on 21st September, 2014 it is going to play its 4th match with Kolkata Knight Rider at Rajiv Gandhi International Stadium, Uppal, Hyderabad. We are hopeful that Lahore Lions will qualify to final and win this CLt20 tournament.

The Above given are the Lahore Lions clt20 matches schedule 2014 timing, that will be help full for you to see the matches on time given above.  We will also give you Lahore Lions CLT20 Matches result and ranking of every upcoming match here. Stay in touch with this page to get more updates about Lahore Lions and Champions League t20 through this page.