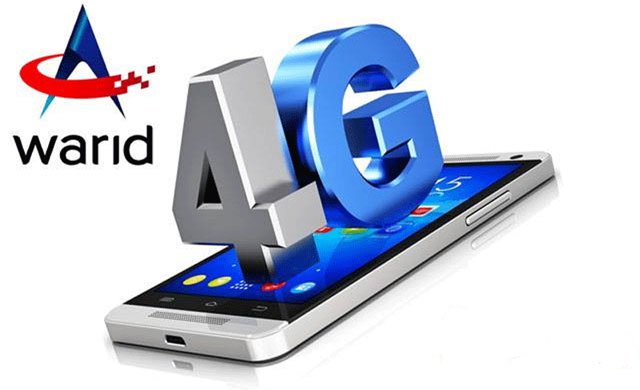 Warid Postpaid customers are informed that Warid has launched 4G LTE in Pakistan. Now postpaid customers of warid can now enjoy Warid 4G LTE from now. It is to be noted that Warid 4G LTE in free to use in Trail period. This service is available for all the customers that are in the areas where 4G coverage is available. Besides this 4G enabled handsets are also required to use this service.
Important news given by Warid is that Warid is providing new 4G compatible SIMS for the customers who want to enable 4G LTE.

Confirmation of 4G Coverage in your area

Post paid customer are first required to confirm if they are in 4G LTE coverage areas or not. For this confirmation you are required to send an SMS 4G to 5555 to know about the details of 4G LTE coverage according your current locations. Besides this you can also check coverage details from your handset by going to settings, network selection and then by switching to Manual Search.