This page will give details about PTI Candidate votes in NA 122, PP 122 Result by election 2015, yes we are talking about result of Aleem Khan and Ayaz Sadiq Election that is continue today 11th of October 2015.  You must have information about NA-122 election background, in 2013 PML- N Ayaz Sadiq won this seat against Imran Khan PTI leader but Imran khan and other party challenged this election in election commission and Election commission of Pakistan announced Null and Void result about that allegation that is the reason today NA-122 election is continue between PTI and PML candidates Aleem Khan and Ayaz Sadiq. 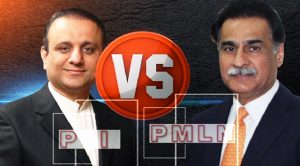 Here we want to mention last Election in 2013 PML N candidate Sardar Ayaz Sadiq won this seat with 93,380 votes and PTA Chairman Imran Khan got 84,517 votes now game change time is coming for all Pakistani specially Lahori people because this time election turnover increasing due to popularity of this election. PTI Leader Ch- Sarwar lead this election with Aleem Khan and Mian Aslam Iqbal under the supervision of Imran Khan so that is the reason PTI may be win but other side story is different mostly expert say PML N will win this seat because PML N in government power well what will come out after this election will update soon after 5 pm because on 5pm election will end and counting will start.