Interesting Facts About Pakistan History that will increase your Information about Pakistan as it is one of those nations which do have great importance and significance in the history and in that regard Pakistan do have a lot of interesting facts and information which many of the people don’t know and are unaware of that, which is not a good sign as people of the world and most importantly the people of Pakistan should be very much aware of all the facts about the history of Pakistan and the significance which is being owned by Pakistan on being as one of the strangest Islamic nation on the planet today. 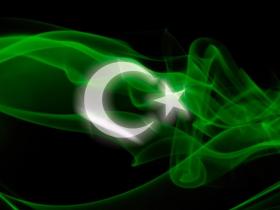 Karakoram Highway which is being made as the connecting road between Pakistan and China is considered as the 8th wonder of the world. This is because it is the highest paved road connection to international countries together in the entire world.

Second Interesting Facts About Pakistan History is it is one of the leading countries which is included on the top of the list when it comes to having the oldest civilization in the history of the world. In the international report Pakistan is being ranked as the 6th largest nation in their entire world which does have one of the oldest civilizations in the world. The place in Pakistan including Mohenjo-Daro and Harappa are the living examples of this record.

Pakistan is being known as the Agro based and cultivating oriented country in which the economy and the annual GDP is highly relying on the agriculture, and in that regard Pakistan has touched a lot of modernization in this field and that is because Pakistan is included in the countries having the best irrigation system, as Pakistan is leading the table in this regard.

Polo is one of the most renowned games in Pakistan especially in the Northern areas including Chitral, Gilgit, Skardu and Swat. The interesting fact is that Pakistan owns the highest polo ground in regard with the sea level is in Pakistan where the Shundur polo festival is being organized annually.

Gawadar which is a very popular sea port in Pakistan carries immense importance and significance in the international world as Gawadar Port is the largest deep sea port in the entire world today.

When it comes of having the best mountainous ranges in the world, again Pakistan is amongst the top in the list. As on a record and geographical authentication, Pakistan us currently holding four out of the fourteen highest and longest peaks in the world today. K2 which is being located in the Karakorum Range is being considered as the second highest peak in the world after Mount Averist.

Khewra Salt mine which is one of the most entertaining and pleasurable tourist spot in Pakistan is considered to be the second largest Salt range and Salt mine in the entire world.