Arranged Marriage in Pakistan detail introduction with complete history and statistics about it as Marriage in Pakistan is known as legal relationship between man and woman which make them husband and wife. According to the culture in Pakistan, it is not only the union between husband and wife is a union of two families. That is the reason, people want their children to go for arrange marriage rather than love marriage. Parents, the elderly people believe that they can think better for their children future, as it is not only concerned about the life partner only but also their families and their lives.

Arranged marriage in Pakistan is a type of marital relationship where the bride and groom are selected by a third party which is mostly their parents rather than by each other. Until the 18th century, it was anorm, which was flowed worldwide. With the growing age, arranged marriage became a tradition in royal families and some ethnic minority groups. It was found to be common in South Asia, Africa, Middle East, Latin America and some parts of East Asia. By the first half of 20th century, arranged marriages were more common in refugee families in the United States. They were sometimes called as picture-bride marriages among Japanese American refugees because the bride and groom do not meet each other and knew only by the interchanging of photographs before the day of their marriage. 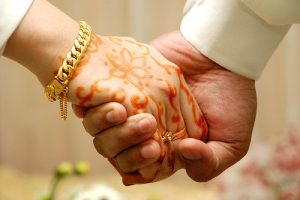 Statistics of success ratio of Arranged Marriages in Pakistan

The statistics made very clear that although with the growing modernization in our society although trend of love marriage is rising but success ratio is higher of arrange and semi-arrange marriages in Pakistan.