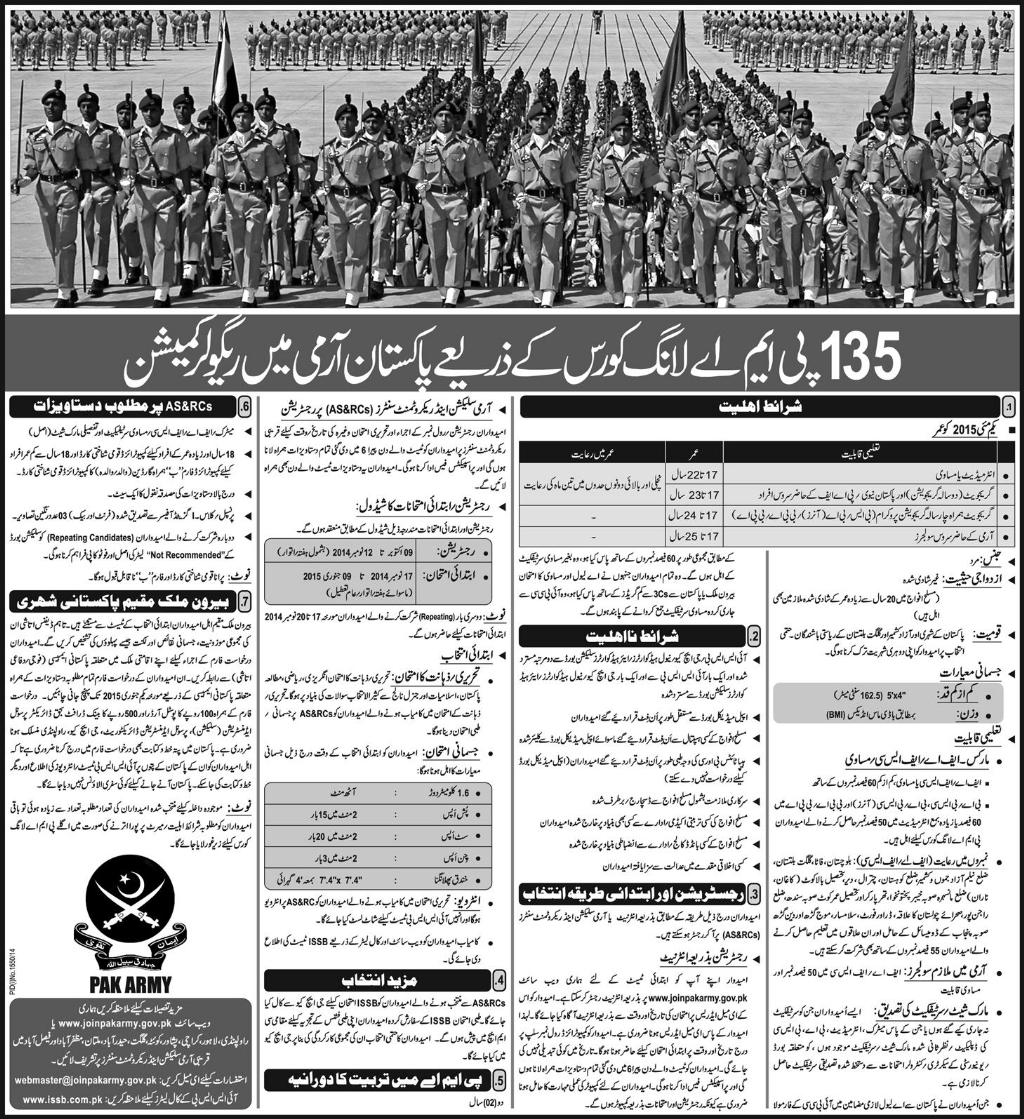 The registration for the PMA 135 Long Course 2014 has been started. Pakistan army has always been offering different courses to join the PAK army to serve the nation in a better way. PAK army keeps offering different jobs in different fields. Pakistan army has flourished its departments under the supervision of various leaderships. General Raheel Sharif is the present Chief of Army Staff. Pakistan army has always known for the bravery of its soldiers. It’s a dream of many people of Pakistan to join the army and serve the nation. Pakistan army has different institutions under it in which different jobs are given on several times. Despite to this PAK army has also given certain criteria for these jobs. All the details about the 135 PMA long course has been announced along with registration procedure and eligibility criteria and ineligibility criteria as well. Tests will be taken for the admission in PMA 135 Long course. The dates for the tests and details about exam slip have also been announced. Here we are providing you each and everything related to the 135 PMA Long course so that the candidates willing to apply can get the information easily. With the eligibility criteria one can completely judge himself if he has to apply for it or not.

Candidates according to the following procedure can register online or by going to the AS&RCs.
Registration through internet: candidates for the initial test can register online from www.joinpakarmy.gov.pk . candidates will be informed by email for the date and time of the test so one must have an email address. Candidate must appear for the date and time mentioned on the computerized slip. There will no change in the date.
Candidates must bring the following documents along with for initial test.

Candidates can also register by the Army selection and AS&RCs by taking along the documents described above.
Registration dates: 09 October to 12 October 2014 (including Saturdays and Sundays).
Initial test dates: 17 November 2014 to 09 January 2015.
Note: repeating candidates must appear between 17 and 20 November 2014 for initial tests.