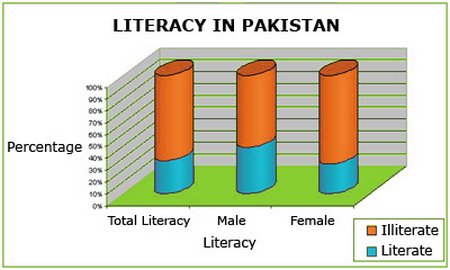 Education is very important in the success of any nation, and this is one of the core reasons for which Pakistan is still considered as a developing country even after 65 years of Independence. Pakistan is one of those countries which have the lowest literacy rates in the world as we are on the 29th rank in the literacy rate in the countries of Asia. Although a lot is being done all over the country to improve the education, in which Punjab is leading all the provinces but still a lot has to be done so that our education standards should meet the standards of developed countries of the world and we should raise our Literacy Rate.

The following steps which should be taken by the government to improve the literacy rate in the country especially in Punjab;