The brief discussion about What Are The Disadvantages Of Co-Education In Pakistan? Co Education is a controversial topic in most of the Muslim communities. There are many advantages and disadvantages of co education according to different thoughts. There is a famous quote:“There is nothing good or bad but your thinking makes it so” 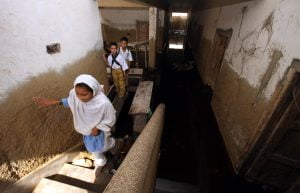 There is nothing hundred percent efficient but it’s up to you how you take things and tag them with good or bad identity.This is the same case with co education that was initially introduced to eliminate the contradiction of thoughts between the males and females, but now it has become a fashion and educational institutes are now look like a club.  The trend of co-education us getting more and more popular amongst the country like Pakistan and India, mainly in Sub continent, it is already very much common in the western world but now it is being adopted all over the world.

It has got many disadvantages specially when considering its application in Pakistan which is an Islamic state and does not have a very open culture. Students studying in a co education system often show resistance in asking any confusion from the teacher due to presence of opposite sex in the class. Many students fear that they might ask any silly question which could lead to their insult in front of opposite sex students. This leaves them in a confused concept and weak grip on studies.

On the other hand, there are some students who misuse the concept of co education and start developing attraction in opposite gender. Some boys and girls may fall a victim to their emotions. This distracts them away from the right path and away from studies. Many students waste their careers indulging in such unethical activities and become a strong reason of continuous stress for their parents.

Most importantly our religion Islam does not allow free mixing of boys and girls which is unavoidable in co education. Also there are a few topics and subjects which are difficult to be taught in presence of both sexes. Co education can prove economical where there are fewer students, in that case co classes could save time and money but in developing countries like Pakistan colleges are fewer as compared to students so this is not effective.

While implementing co education, a very tight check and balance should be maintained but unfortunately co education systems are build but no check and balance is kept. This makes the misuse and negative use of this type of educational system and that is when this system becomes hazardous and dangerous.