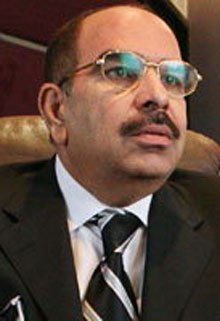 Success Stories Of Pakistani Entrepreneurs Malik Riaz and Agha Waqar who represents Pakistan in Creativity world so far. When it comes to the success stories of the entrepreneurs in Pakistan, we do have numerous examples of such master minds and risk takers which have created an empire on their own just through their willingness and their determination for success.

If we take any two of the examples of the successful entrepreneurs in Pakistan we do have the following bright and shining stars of Pakistan;

Malik Riaz: One of the renowned and respectable businessmen in Pakistan is Malik Riaz, who have created his own name and got fame and strength all on his own. Although Malik Riaz has its family background as a wealthy and strong ancestor ship but when the contacting business of his father collapsed they have to spend a brutal time as he was just 19 years old. At the time he started his career as the lowly clerk in Islamabad, his educational background is still controversial but his close friends and the one who know him closely do rate him as the ultimate genius.

At the time of his marriage he was so poor that he was not having the money to buy the medicine for her newly born daughter and that is the modesty of this guy that he never forgets what the situation was when he was poor which makes him really generous and kind towards the poor.

In the late 1970’s he took loan from his friend and started the business of contracting and building and after several years of striving and hard work, it was in 1996 when he got the contract which changed his life, as Malik Riaz got the contract to build a society of about 2,388 Kanals, as it was just the ordinary construction but it was the master mind of Malik Riaz which gave birth to one of the most successful and advanced housing society known as the Bahria Town, and now Bahria Town is considered to be one of the most luxury housing scheme in Pakistan and Malik Riaz is known as the most successful businessmen of the state.

Agha Waqar: Another Pakistani entrepreneur who has started from zero is now touching the sky and this is the great Agha Waqar who is just 32 years old and in the time span of 2 years he has managed to build a business empire of almost 90 crores. Agha Waqar is a doctor through profession but due to his God Gifted skill of entrepreneurship, the guy has managed to groom himself in various diversified businesses which included the distribution of petrol. 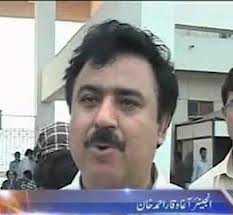 He despite of all such business does also have the government job which was initially in the health ministry and later in Federal Investigation Authority (FIA). He started the business when he was not having the enough money to make his own office which forced him to create the office at the home of his father. He is holding the current business of real estate and telecom and has almost 400 people working under him and he is spending a luxurious life with modern cars like BMW, Range Rovers and many more.