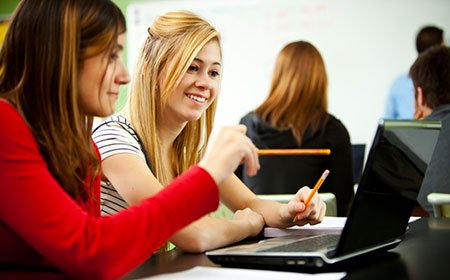 Students Could Be Tough Customers.Students are considered to be the most difficult and unsatisfied customers in almost every country of the world, because the needs and wants of the students are getting so much specific and up to the mark and that is why the sellers and shop keepers do face several problems which dealing and tackling with these bunch of humans.

Students are always being taken as the toughest customers to deal with and that is why in several cases where the situations get even worse the sellers and shopkeepers do face various problems including physical and verbal violence from the sides of the students. This is one very major reason for which the shopkeepers do have prepared and adopted two basic strategies.

One strategy is to neglect the student audience and customers totally; this is being done so that if the students are not brought under the direct contact of buying and selling several problems could be resolved before they are being incurred. On the other hand the few customers have provided the students the desired protocol and just deal them politely, listen to them carefully and tries their level best to make sure that their demands are being fulfilled as per the requirement.

This is again done to avoid any mishap or any undesired event with this powerful human resource. In both the above mentioned cases it is clearly visible that all the shopkeepers are highly concerned regarding their customers who fall under the age of 27 which is considered to be either the youth or the students.

The other very major issue which makes the students very tough customers is the perfection which they require in their buying. Students and most importantly the modern students are very much concerned on the perfection as they want what they desire and they only consider the desired need to be the fulfillment and anything other than that is considered to be an unsatisfied and displeased effort.