Is it True that Minorities Fear For Their Lives In Pakistan. Pakistan is an Islamic state and its ideology is being based on the rules and regulations of Islam. The teachings of Islam are quite clear and visible when it comes to the rights of the minorities in the Islamic State, this is not just confined to the rules and regulations but the Islamic history is full of such incidents and occasions when the rights of minorities are being made clear to the people and are being protected and allowed to live free in the Islamic state. Pakistan is an Islamic state in which minorities are given the complete liberty to live their life and to fulfill their religious obligations and duties with complete freedom, but unfortunately still in few areas of Pakistan minorities are facing the threat of their lives and this is just because of few religious extremist people who thinks that only they have the right of living on Pakistan.

Minorities Fear For Their Lives In Pakistan 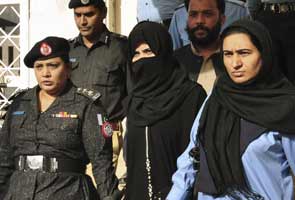 Being in the minority is not a crime for which you should be sentenced to the death but unlike other Muslim nations; Pakistan is one nation which is still unable to provide complete freedom and liberty to the minorities. There have been several cases in which the people belonging to the minority groups are being brutally killed in the tribal areas which are still undeveloped and uneducated.

The main reason for this extreme hate redness is either the revenge of the past or even the unethical demonstrated the concept and hypothetical assumptions for Islam which as per their belief allows them to either forcefully convert the people to Islam or in other cases kill them which is totally wrong and against the teachings of Islam. Islam is the religion of Peace and which teaches its followers to live in peace and harmony and prohibits to the shed the blood of innocent people no matter what religion they follow.

Being an Islamic state the government of Pakistan should make this possible that all the people of minorities should be given the right of living in the country as it is being given to the Muslims and at the same time their protection and their lives should be given equal importance and weight-age as it is being given to the lives of the Muslims in Pakistan, so that the people who belongs to the minority groups in Pakistan should live their life with full social, religious and economic freedom in the State.