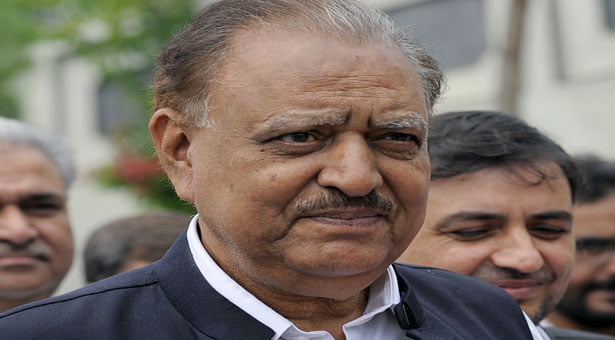 Mr. Mamnoon Hussain who has been elected as the 12th President of the Islamic Republic of Pakistan was born on the 23rd December 1940 in Utter Pradesh, India as through profession he was Textile businessman and a politician who is currently elected as the 12the president of Pakistan in the presidential elections which took place on the 30th July 2013. Mamnoon Hussain belongs to a very noble Urdu speaking family which is renowned for their show trading business before partition in Agra British India.

Once the partition took place Mamnoon Hussain and his family migrated to Pakistan and was accommodated in Karachi in the 1949. He completed his graduation from the Institute if Business Administration (IBA) from Karachi in the year 1960 and since then he entered in to the politics of the state, as initially at the start of his political career Mamnoon Hussain was elected as the president of Karachi Chamber of Commerce.

Mr. Mamnoon Hussain belongs to Pakistan Muslim League Nawaz which is one of the renowned Political Party in Pakistan and in the general elections of May 2013 they were given the maximum mandate all over the state and that is why they established their government in federal and in the Punjab province. Mamnoon Hussain was appointed as the Governor of Sindh in June 1999 but had a very short tenure as he controlled the office for just 4 months before the martial law was being imposed in the country by the General Pervez Musharaf and he with the Sharif brothers were exiled from the state, and that is why Mamnoon Hussain is one of the very loyal and trustworthy companion of Nawaz Sharif and Shahbaz Sharif.