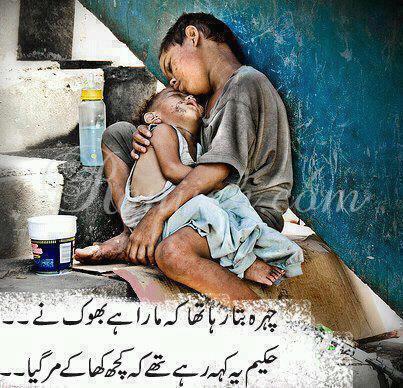 Poverty In Pakistan and its causes are defined here for the sake of Students. Poverty is one of the biggest curses in Pakistan which has affected the economic growth of the country. People are unable to fulfill their basic needs due to the low earning and high expenditures, and at the same time poverty is getting more and more popular in the country. In Pakistan more than 40 % of the total population in Pakistan is below the poverty line and through the research and studies in the entire world the poverty line is being drawn which states that the people who have their earning below 1$ a day is subjected to be underneath the poverty line.

There are so many core reasons which have contributed in the increase in poverty in Pakistan amongst which few of them are being listed below;

4 thoughts on “Main Causes Of Poverty In Pakistan”