But there are other various factors which should be also considered are that the rules and regulations which are beings et by the religion of Islam has various similarities with the secular country, and the biggest example of which is that all the religions in Pakistan are given equal opportunities and equal rights. The minorities are treated as the majorities are treated which is one characteristic of the secular state. This is the comprehensiveness of the religion Islam and its freedom which has made such rules and regulations and has taught such living and administrating styles which have given all the people equal chances and rights. But in vast exposure and mature thinking Pakistan is an Islamic state and is not a secular state. 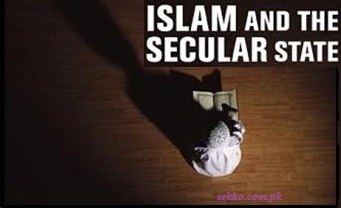 The point of debate on this is that in the secular countries become secular either through the establishment like it was being witnessed in America and India or the state might be secular through secularization as it was being observed in Nepal and France. But these both cases are not present in the formation of Pakistan as the formation of Pakistan was being based on Islamic ideology and for the promotion of Islam which clarifies that Pakistan is an Islamic country and not a secular one.

The other very significant prove on this debate is that in secular countries the political leadership are being allowed to come to power irrespective of their religion but in Pakistan the political leader either he is the President or the Prime Minister must be a Muslim to come to the political designation. In secular nations the legal system is being designed regardless of the influence of any religion but that is opposite to what we experience is Pakistan where the legal framework is being designed and implemented as per the rules and regulations of Islam, all the functions and punishments are being based on the Islamic preferences and visions. So this very clearly state and proves that Pakistan is an Islamic state and is not a Secular state.