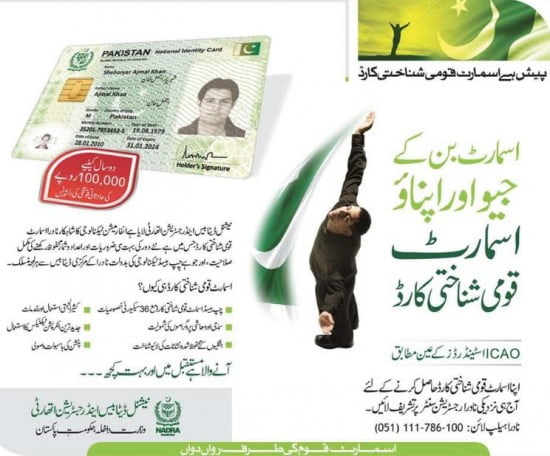 Smart National ID Card Introduce by NADRA In Pakistan. Pakistan is also moving on the road of advancement and it is being proved by the national database system of Pakistan which is NADRA (National Database and Registration Authority) of Pakistan has announced the introduction of the Smart cards which will be considered as the National Identity Cards of the people of Pakistan but this is not a simple ID Card as it will be carrying many other features beside it being a traditional identity card for the people of the country. Mr. Tariq Malik who is the Chairman of the NADRA has announced and unveiled the information about the smart cards.

The following are the additional features which will be inculcated inside the smart national ID cards in Pakistan;

The introduction of NADRA Smart ID Cards is a very appreciating step in Pakistan which will surely play the vital role in providing a better service plan to the nationals of the country at the same time will be very handy in regaining peace in the state by controlling the law and order situation.