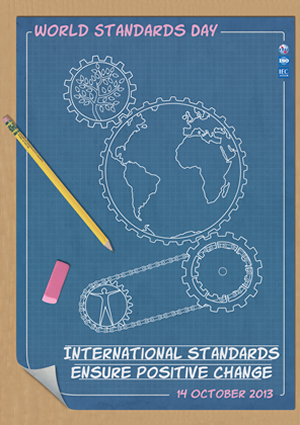 In this essay you will find out what type of international standards are being implemented in the world today, and how this is considered to be the assurance of a positive change. Standards have generally been established to inculcate the uniformity in the actions so that the diversity which can be injurious can be eliminated. In a standard a prescribed procedure or the quality of the product is being established prior to the production so that, it could be the guideline which can be implemented. According to this measure the probability of errors and faults is being minimized and according to the financial perspective if the losses are being reduced then it is the best positive impact on the finances of the company, and will increase the profitability and the yield for that particular period.

In the modern world the adoption of the International Standards is being one of the biggest necessaries of development as it enables the formation of equivalent local and national standards which are aligned as per the specifications of the international standards in all the perspective which includes the technical ingredients, editorial formations and implementation scenarios. In various cases there are few hurdles and obstacles which hinders in the way of direct applications of the International Standards amongst which the most common aspect is the conflict and differences in the governmental rules and regulations which varies from country to country or at the same the variation in the specific industry needs and requirements. This is because the international standards might not fight to the climatic, technological, geographical dynamics and features of the various countries so the best positive outcome is by adopting any International Standard and then modifying it according to the current perspective of each country.

Runners Up: The team of Seuwandi Yapa and Samith Roshan (Sri Lanka) 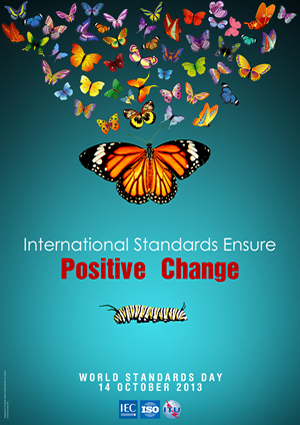 We have today eliminated the technical barriers across the borders due to the spreading of the need and appreciation of the International Standards which has given one mega opportunity to the developing and under developed countries to adopt them so that they can get on track and can give a tough competition to the developed countries all over the globe. This is a very positive change because through this the economy not only of the developed countries but all the countries will be improved and the world can move towards the concept of Global Advancement and Development. By the proper establishment and then the implementation of International Standards we can prevent and overcome the problems which arise due to various differences based on different nationality, their standards in organizations and companies and the techno and mechanical obstacles which results due to differences based on the size of the user base, and the incompatibility of various procedures.

The International Standards Organization is one International standard which is admired and acknowledged all over the globe. ISO has generally dealt with all the different natures of processes. The main purpose of ISO is to inculcate a proper check and balance, and according to the proper implementations the major positive change in getting associated with the International Standards is that it is just not advantageous for the Manufacturers but at the same time is very much beneficial for the consumers and the end users of that particular product, because of the proper applications of the International Standards; the manufacturer can save his cost by reducing the waste and losses while the consumers can have a quality and hygienic product for their daily life consumption. The major standards of ISO which are being appreciated and adopted in many countries of the world are as follows;

Bringing the entire world on one common channel is the basic concept behind promoting the International standards in the world today, and that is also one of the very basic need of today, because the main theme behind this approach is to give an equal opportunity to all the countries of the world irrespective of developed, developing and under developed ones so that the difference between rich and poor can be reduced and if best possible should be eliminated, and what one can expect a more better positive change than this ? 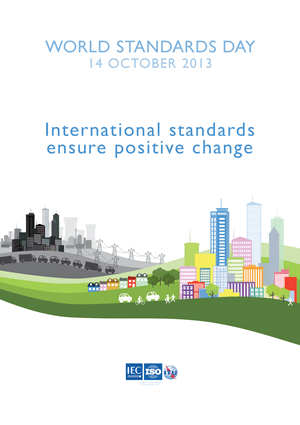 The International Standards Organizations which are working effectively throughout the world today are very much keen in increasing the efficiency of the processes and the organizations including ISO, IEU and ITU have every clearly stated that one of the core issue which is considered to be the global challenge is to eliminate the financial uncertainty and at the same time encourage and promote sustainability which is directly associated with better and quality results and minimal waste and losses. The efficiency which is being targeted to achieve through proper implementation of International Standards means that it enhances the aptitude and the capacity of the carrying on the processes and procedures for the purpose of manufacturing any Products or offering any service of best possible quality which ultimately reduces the wastes and losses and unfavorable expenses.

In the modern world today where the margin of error is minimal for the growth and at the same time there is a very competitive and challenging economic environment, it is very significant and crucial that efficiency is being prevailed in the organization through the help of international standards through which the respective organization should maximize their profits and should meet their respective goals and objectives.  The other very crucial aspect is the sustainability which is also being achieved by the implementation and adaptation of the intern national standards in the processes because in the complex environment today, sustainability is considered to be a very desirable factor considering the economic, environmental and societal perspective of the world, and this is also being made possible by forming a culture in which the international standards are given the ultimate weight-age over other factors.

The organizations including ISO, IEC and ITU do observe and commemorate a day which is associated with the international standards which is known as the World Standards Day which is being observed on the 14th October of every year and this time around which means on the 14th October 2013 it will be the 67th year of commemoration of this very day as the first time in the year 1946 it was celebrated in London where delegates from 25 countries gathered on one terminal and decided to follow the International Standards for the very first time in the history. 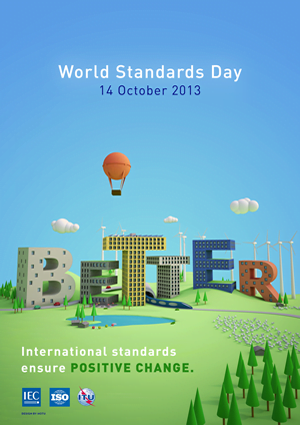 The basic concept today which is being promoted by ISO,IEC and ITU is to provide a common ground to the countries so that the uniformity can be the main aspect of the manufacturing today in the world which means as there administration and higher authority has given their clear intention in their saying, “our aim is just not only to develop a good business sense, but greater efficiency helps society to make better use of its resources, contributing to a more sustainable world” as this states that it will provide common specifications on behalf of which different countries will manufacture their products and services which will result in giving equal opportunity to all the vendors so that they can become compatible with each other even across the borders or million miles away. So this concludes with all the arguments that the implication of the Intentional Standards ensures a very positive change in the modern world today.

Abdullah Liaqat - December 5, 2022 0
There is a possibility of people checking the PTCL Internet Packages in Pakistan 2023 for broadband and wireless internet devices. So, select from the...