Here are some ways presented here How to Represent Pakistan and its Culture. Pakistan is a country which has its strong ideological beliefs which are being based on peace and Islamic rules and regulations. So it is very important to understand that Pakistan is one of those countries which are anti-terrorist and which do give significance and important to peace, harmony and unity. That is one reason for which Pakistan is going through crisis and is being facing one of the extreme fights against terrorism. it is one of the very crucial need to correct the image of Pakistan in the international relations, and it is being required to demonstrate the right culture of Pakistan. 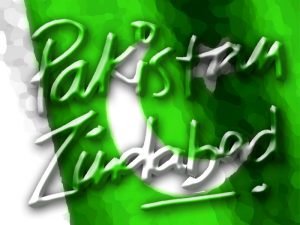 Pakistan is country in which various cultures have contributed and are being adopted here. Amongst which the most influential culture which is being widely adopted in Pakistan is the culture of India, our neighbors. There are so many rituals which have been a part of our culture and society which have no bases in Pakistani and Muslim history so they are being carried and being adopted from the India society.

It is the need of today to restructure our culture so that it could be said as the culture of Pakistan, and being Pakistani we also have this responsibility to represent our country in the best possible manner so that the misconception which is being established amongst the people should be eliminated and should be properly rectified.

Being Pakistani where ever we live in the country we should respect that nation and their rules and regulation and the most importantly we should not be the part of any unethical activity which takes place there that might danger the worth and the respect of our country; Pakistan. We should always prefer peace and dialogue other than fighting and should avoid any controversial activities so that we can play our role in improving the image of our country and to create a positive impression amongst the people regarding the country Pakistan and its culture.