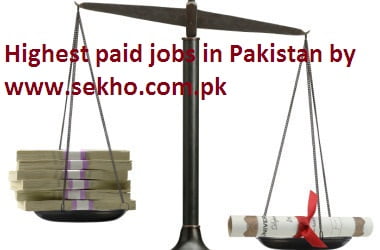 Pakistan is a country in which economy is not that much stable as it should be which has affected the people of this country very adversely. Unavailability of jobs has increased the unemployment in the country and with the same time the energy crisis has also affected the businesses of the people. Despite of all these negativity still there are so many professions and so many particular jobs which are handsomely paid and are considered as to be Highest Paid Jobs In Pakistan, these jobs include the following: