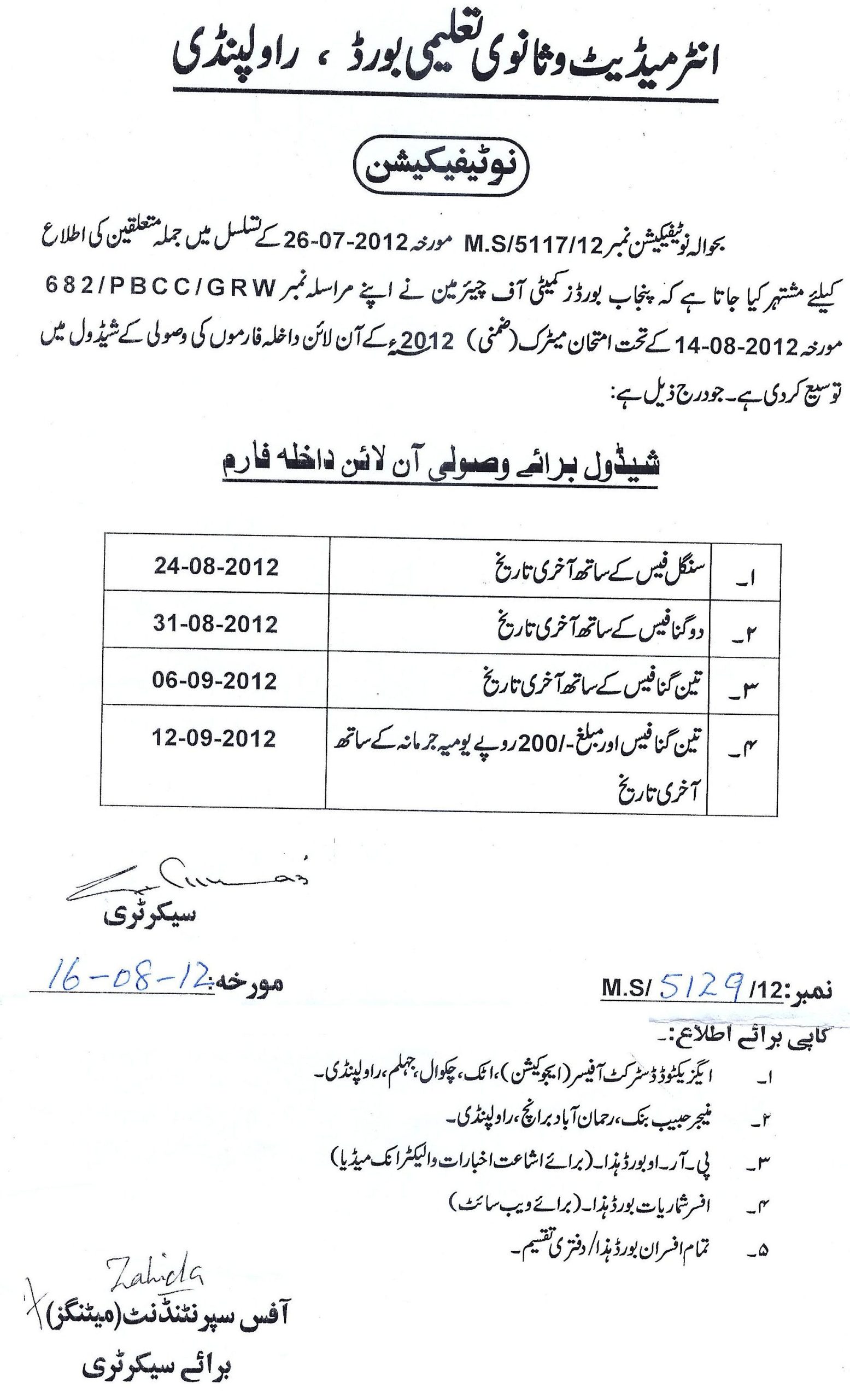 He said the forms were available at the board office and all Habib Bank Limited (HBL) branches.He said that a large number of centres to support students had also been set up at tehsil level. The students in case of any difficulty could also contact the board at their office at 1-D Siddiqui Chowk, or call at 051-9290821.