According to an official buzzed up from all Punjab Boards about Matric Annual exams 2013 it is announced that both 9th and 10th annual exams starts from March. This is really a good news for Students who are currently preparing for their exams and always wants some extent as well. Last Year exams was starting from Last week of Feb 2012 but this year it is delayed due to unknown reason. This decision of conducting Punjab Boards Matric annual exams was taken in a Meeting of Punjab Boards Committee Chairmen (PBCC). According to resources details of news are 10th Class first paper will be on 2nd March 2013 on Saturday.

The paper will be of Subject Arabic and Physical Education. On the Other hand 9th Class’s first paper scheduled on 18 March 2013 and the paper will be of Persian. All Punjab Boards including Lahore, Bahawalpur, Gujranwwala, Faisalabad, DG Khan, Sargodha, Rawalpindi and Multan will conduct Matric Class annual Exams collectively as per details said. So both 9th and 10th Class Students have one more Week for their Preparation as well because Matric Annual Exams 2013 will be starts from 2nd March this year. 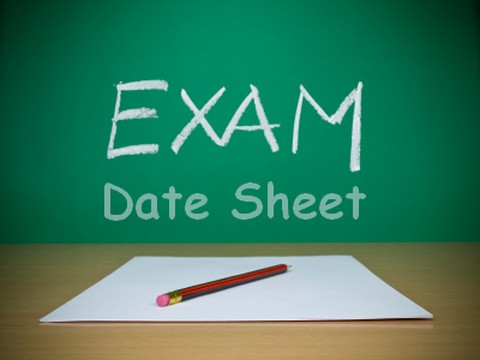